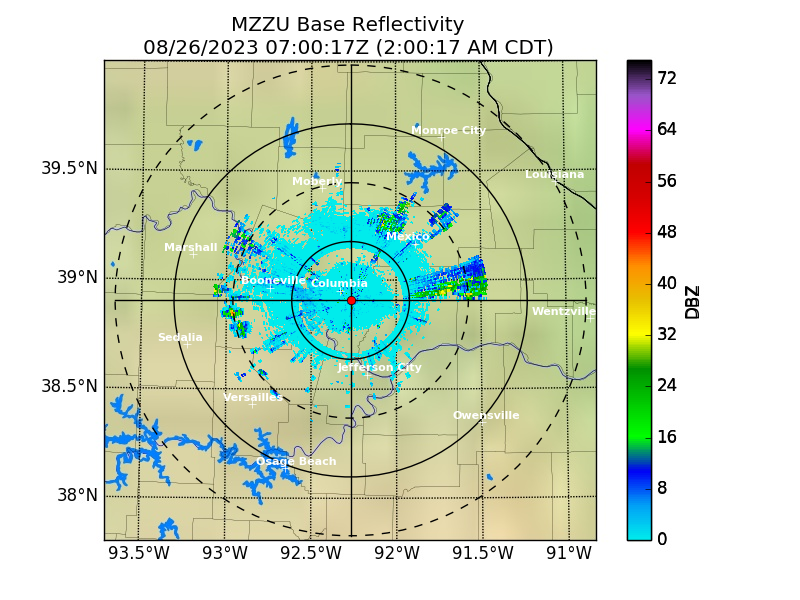 Discussion:
A cold front moves in Tuesday afternoon, bringing with it a chance for showers and thunderstorms. A few of these thunderstorms could be strong. After the front moves through temperatures will be much cooler for Tuesday night and Wednesday. Skies will clear up by Wednesday morning and remain sunny through Thursday, bringing fall like temperatures.

Technical Discussion (The nerdy stuff we are discussing in class!)
Frontal passage and the chance for convection are the main headlines of this forecast shift. FROPA on Tuesday should hold off until the late evening with generally good agreement between models in regards to this timing. Warm air advection will continue throughout the day Tuesday and will lead to above normal high temperatures. Best forcing for ascent appears to stay north of the area across Northeastern Missouri and Western Illinois, closer to the parent low. Regardless, if convection can initaiate along the boundary further south, a primarily linear storm mode should dominate with a unidirectional wind profile. Damaging winds will be the biggest threat in the strongest storms. QPFs are generally light across the area, mostly owning to the displacement of the best forcing. After the cold front passes, expect a drying trend into Wednesday and Thursday with clearing skies expected. Temperatures will be closer to average with a general warming trend towards the end of the forecast period.
Posted by MU Campus Weather Forecast at 2:30 PM